Underwater forests: to devour or protect? 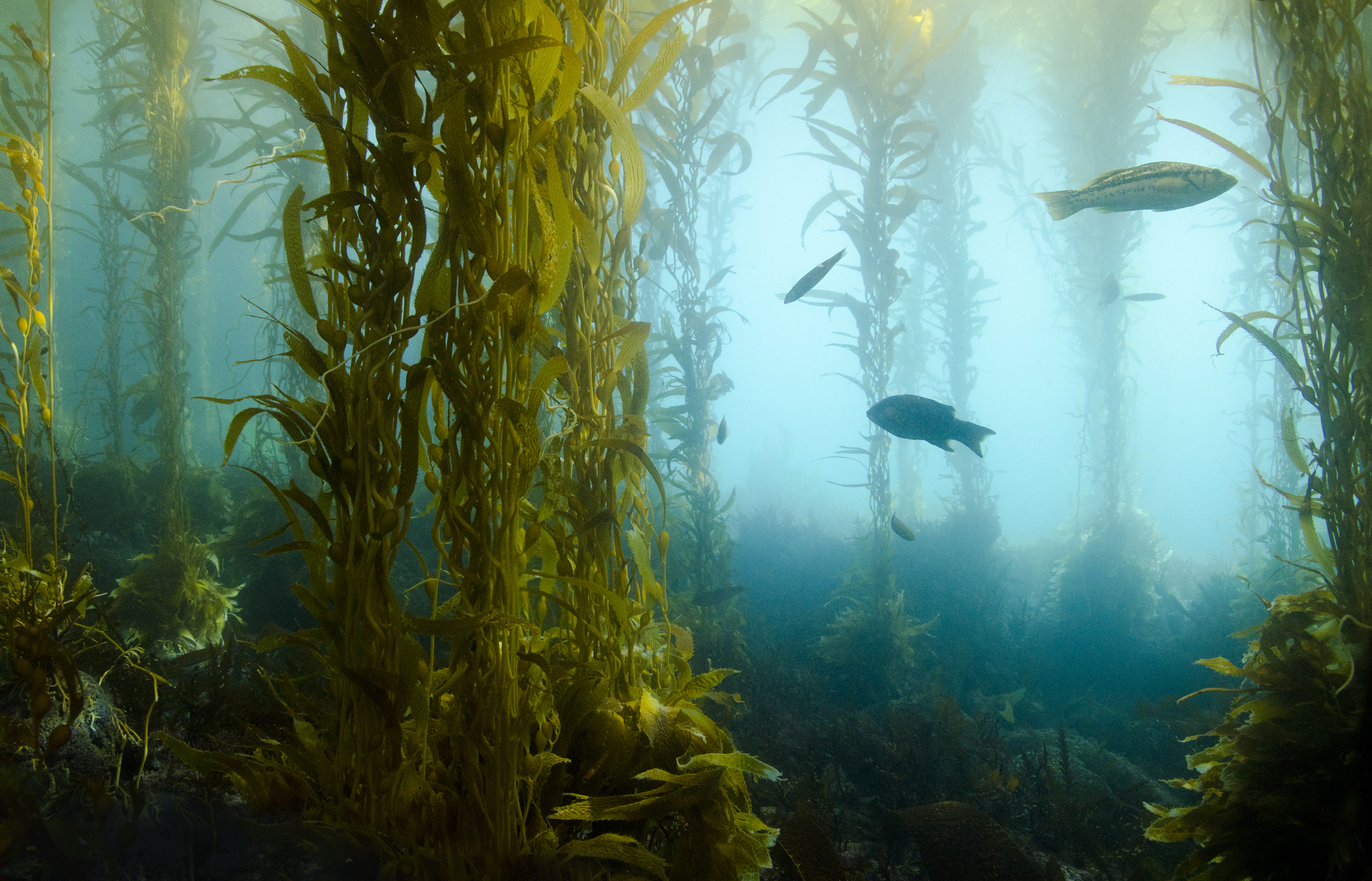 I often write to my colleagues about terrestrial ecosystems, about the great Russian Taiga, about the once endless expanses of wild nature that people are rapidly destroying. Natural forests have already been practically destroyed in the world, reduced to zero. For the sake of a thirst for profit, for the sake of momentary profit, the last relic giants are cut down. And you and I know that the boreal belt of the Russian Taiga from Norway, through all of Russia, and to Canada, regulates the climate over the continents. This hoary ancient forest shapes the climate, hydrological cycles, provides the biotic pump.

Our authorities, like the authorities of the whole world, stupidly do not want to recognize the long-term research of scientists on the need to protect the boreal taiga! They don’t even go to hear that such ancient forests MUST stop being cut down. All because it is the interest of huge money: you cut down ancient forests – you get money.

We know about the problems of terrestrial forests, I write about it and tell you regularly. We are constantly talking about the importance of protecting forests that form the most valuable and complex biogeocenoses.

But today I want to tell you about other forests, about those forests that people rarely remember about! A real underwater forest, which, just like the terrestrial forests we are used to, is insanely important for life under water.

The ocean forest is a vast forest of algae, whose lush crowns are home to a colossal number of marine species. No forests – no life for marine life. There are such oceanic forests off the coast of Russia (Kamchatka), and in Norway, and let’s say the Great African Sea Forest is located off the coast of Africa, in Australia the Great Southern Reef, and so on. And all over the world there are still huge unexplored areas of marine forests about which people, like science, do not know anything at all.

Just recently, scientists calculated that the area of ​​only known oceanic forests is twice the area of ​​India. Experts talk about the high productivity of such forests. Ocean forests are even more productive than many human-grown crops such as wheat, corn and rice. Scientists note that the highest productivity is observed in areas with a temperate climate, where cool water is extremely rich in nutrients. So underwater forests in such areas produce 11 times MORE BIOMASS than wheat or corn.

The main impact on underwater forests is due to climate change, which was provoked by the “industrialization” of man over the past 100 years. In just a century, people not only changed the climate on Earth, but also destroyed all kinds of ecosystems. Underwater oceanic forests including. But these forests are no less important than our Russian taiga. A huge number of animals, fish, underwater insects live there. In addition, like terrestrial forests, they absorb carbon, thereby protecting not only animals, but also us, people!

Underwater forests are usually formed by various types of seaweed. Algae, like all other plants in the world, absorb solar energy and carbon dioxide through photosynthesis. Among such underwater forests there are species of algae reaching several meters in height. There is always life under them! Such forests provide habitat, shelter from predators, and food for all kinds of marine life.

Scientists have long known that seaweed is one of the fastest growing plants in the world. But to measure the area of ​​underwater forests is unrealistic. Let’s say terrestrial forests can be measured from a satellite, such technologies and opportunities exist. And with underwater forests, everything is much more complicated. Therefore, scientists have to rely on millions of underwater records, notes and the help of various groups of specialists from all over the world. Only by combining the experience of thousands of researchers can scientists assess the real state and extent of ocean forests.

I have already told you that the world is experiencing food security. Now we are still taking the last resources from the wild! But very soon 8 billion people will have nothing to feed. Scientists and specialists, exploring underwater forests, talk about the importance and necessity of using algae to ensure food security. Experts suggest growing seaweed to supplement food production on land.

It is likely that in the coming decades, people will eat more insects and algae. And it’s not a joke! The truth is that Earth’s terrestrial ecosystems are really on edge. We destroyed everything we could get our hands on. We do not give life to anyone on Earth! Over the past 45 years, humans have DESTROYED over 70% of ALL LIVING SPECIES on the planet. Everything, they are not, we gobbled up everyone we could reach.

And now the question of how and with what to provide people is being decided. One suggestion is to feed the algae because of its high productivity. The second proposal, and already successfully implemented, is food from insects!

In September 2022, the head of the Ministry of Industry and Trade, Denis Manturov, said that Russia urgently needs to develop the production of products from insects and larvae. He publicly stated how important it is for people to change their “mentality” and switch to a new diet. For starters, use the meat of fly larvae in your diet, add ground black lion fly to all kinds of dishes to get used to eating insects. Real proposals, public statements, from our government.

And the truth is that such enterprises are already being successfully built and are operating in Russia. And not only here, but all over the world. For example, in Novosibirsk, the authorities gave money to businessmen to open a cricket farm! The experience was successful, similar farms were opened in other regions. And near Belgorod, they open and put into operation a plant for the production of food raw materials from fly larvae.

It is said that actively on the use of products from insects, people will switch in 2014-2015 due to a colossal food disaster. Abnormal heat, loss of crops, lack of water. The UN even declares that the world is waiting for “a famine of biblical proportions.”

Therefore, now, scientists and specialists are studying underwater forests so carefully. Ocean forests! Given their incredible productivity, scientists are calculating how and how many people can be fed with algae. Such “algae farms” are already popular in some countries, such as South Korea, the Philippines, Indonesia and Japan.

The main thing is not to touch the natural underwater forests. Many algae farms are organized in the natural environment, and this is a catastrophic blow to ecosystems. We see the experience of people using terrestrial forests, the familiar Russian taiga. Destruction, cutting down, destruction. The same can begin with underwater forests. People will simply destroy them, and in their place they will begin to produce certain types of plants. Thus, natural ecosystems will be destroyed and destroyed, which will lead to the extinction of living species.

Did you know that virtually all of the extra heat trapped by the gigatonnes of greenhouse gases that humans emit into the atmosphere ends up in our seas and oceans? Because of this, many underwater forests have already disappeared, and there is severe degradation in Western Australia, eastern Canada and California. The oceanic forests there have rapidly died in many places, and continue to die.

Many underwater forests in the world remain unrecognized, unexplored and you will not find them even on the maps. These amazing forests play a huge role along our shores, providing simply amazing ecological services not only to animals, but also to people.

But imagine what will happen if people start directly interfering with the natural ecosystems of ocean forests? If climate change continues? What if people start growing algae for themselves instead of natural ecosystems? They will come – they will destroy ecosystems and create “underwater farms” there. Due to climate change, the ability of seaweed forests to capture and store carbon will become less. And because of the destruction of natural underwater forests, the last living organisms of our oceans will die out.