Kyrgyzstan introduces ban on killing wolves and other animals 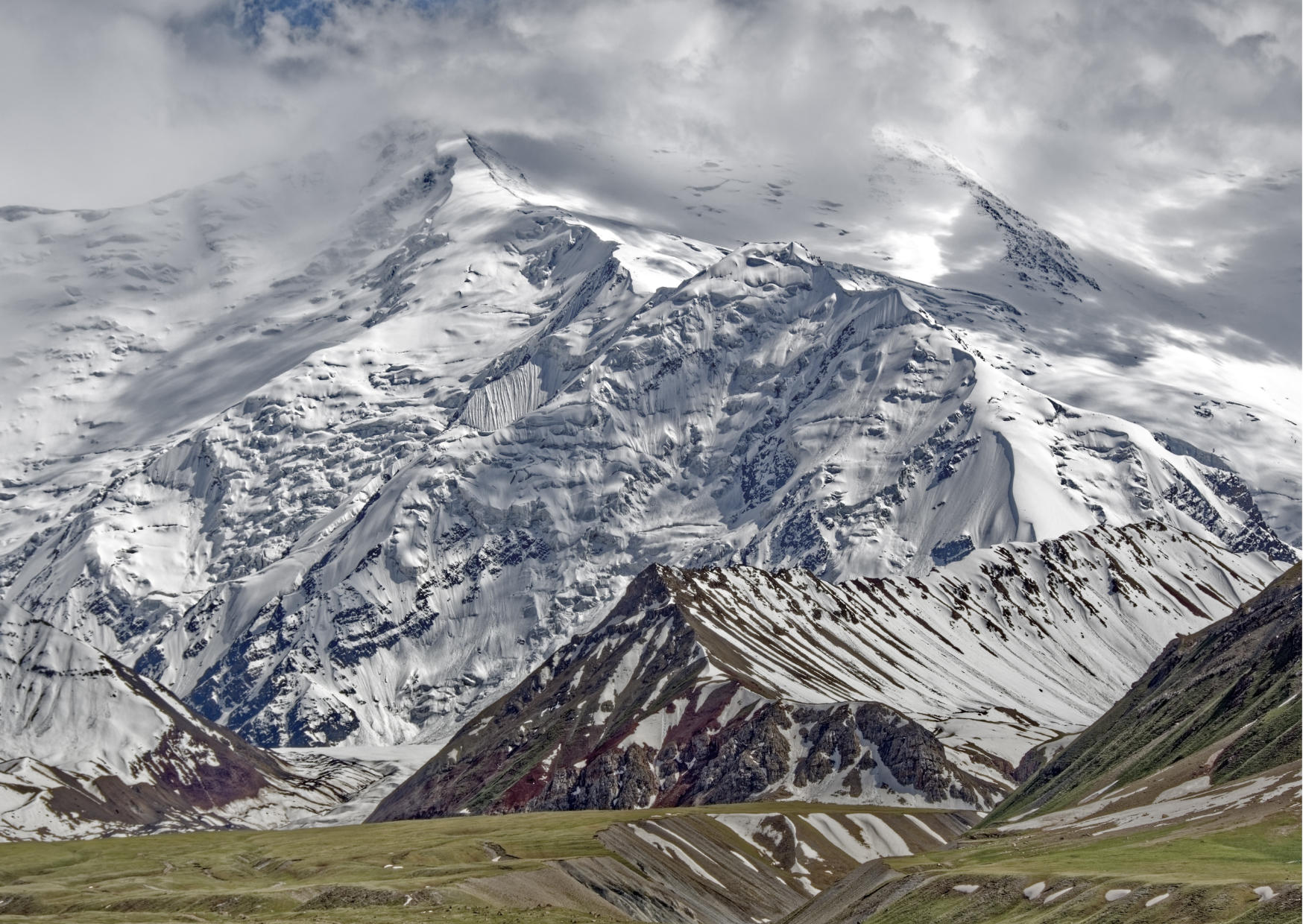 As part of our first international expedition to promote the project to create a territory of complete ecological tranquility, we will visit several countries at once. Let me remind you that we plan to conduct the expedition in the spring of 2023, now we are actively preparing. This will be a large-scale work that will draw the attention of the world community and governments to the problem of the destruction of wildlife and the destruction of animal habitats. And I really hope that we will be able to achieve the creation of special territories of complete ecological tranquility!

One of the countries we will visit is the Republic of Kyrgyzstan. An amazing state with a very rich history and culture! I am familiar with the people of Kyrgyzstan, we have been actively communicating with environmental activists for many years, I also know people from state environmental departments. Today, Kyrgyzstan largely inherits the development of the USSR, of which it was once a part.

The republic itself is an extremely important natural object, strategic above all! The fact is that Kyrgyzstan is located in a mountainous area, where wildlife can still hide from humans. The Republic is located in the western and central part of the Tien Shan mountain system and Pamir-Alai. From all four sides the republic is surrounded by neighbors: Kazakhstan, Uzbekistan, Tajikistan and China. The nature here is amazing, there are a lot of endemic plants and animals. For one small republic – as many as 88 specially protected natural areas, from nature reserves to wildlife sanctuaries and biosphere territories!

I will talk about this later in our expedition. In short, you must understand that the Republic of Kyrgyzstan is the MOST IMPORTANT strategic natural object of all Central Asia. In the high mountains, there are about 8 thousand glaciers, which, together with eternal snows, occupy 40.5% of the entire territory of the country. This is many times more than the glaciers of the Caucasus and the Alps! And it is the glaciers of Kyrgyzstan that are the main source of food for the rivers of ALL CENTRAL ASIA.

This is such an amazing state. Therefore, we included the republic in the route of our expedition!

I unequivocally believe that the Government of the Republic needs to take the vector of development exclusively for the ecological future. It is essential to move away from industrial developments for the sake of momentary profit, introduce a moratorium on hunting, reduce and stop human interference in ecosystems. The world is changing and very soon places like Kyrgyzstan will become refuges not only for wildlife, but also for people who can afford to live in ecologically clean regions. And there are less and less places like this every year on the planet. I see a huge potential in Kyrgyzstan.

On December 1, 2022, local residents wrote to me from the republic and said that for the first time they have introduced a moratorium (ban) on the killing of wolves and some species of rare animals. I double-checked the information, indeed partly it is. Deputy Minister of Natural Resources, Ecology and Technical Supervision Medetbek Mametov said live that for three years the country will introduce a ban on the killing of wild boars, Marco Polo (Argali), deer, mountain goats and snowcocks. In addition, a moratorium is introduced on the killing of wolves living at an altitude of 2 thousand meters above sea level! That is, high up in the mountains.

The ban is introduced from 2023 to 2026, and it may well be extended. Undoubtedly, I would like the whole territory of the republic to change the vector of development for an ecological future! After all, this is a truly unique state that can compete with the most famous mountain resorts in the world! The introduction of a moratorium on hunting is the first step towards such a future. And it shows how ready the republic is to take decisive action to preserve wildlife. Russian officials have a lot to learn.

Unfortunately, in Kyrgyzstan itself, the killing of wolves has been going on for a long time, as, for example, in Russia or in neighboring Kazakhstan. Only if there are still wolves in Russia, then in Kazakhstan there are practically only hybrids of wolves with dogs, and jackals, which have bred due to the absence of wolves. Now they are getting them too. And this sad experience should become an EXAMPLE FOR RUSSIA AND KYRGYZSTAN.

In Kyrgyzstan, premiums are paid for shooting wolves. Just recently, on November 14, 2022, hunters, together with employees of the Ministry of Natural Resources, held a series of events to shoot wolves in the Leilek district of Batken region. As a result, 5 wolves and 1 jackal were killed. In total, the authorities specify, only this year 25 wolves, 12 cubs and 13 jackals were killed in the territory of Leilek region alone. 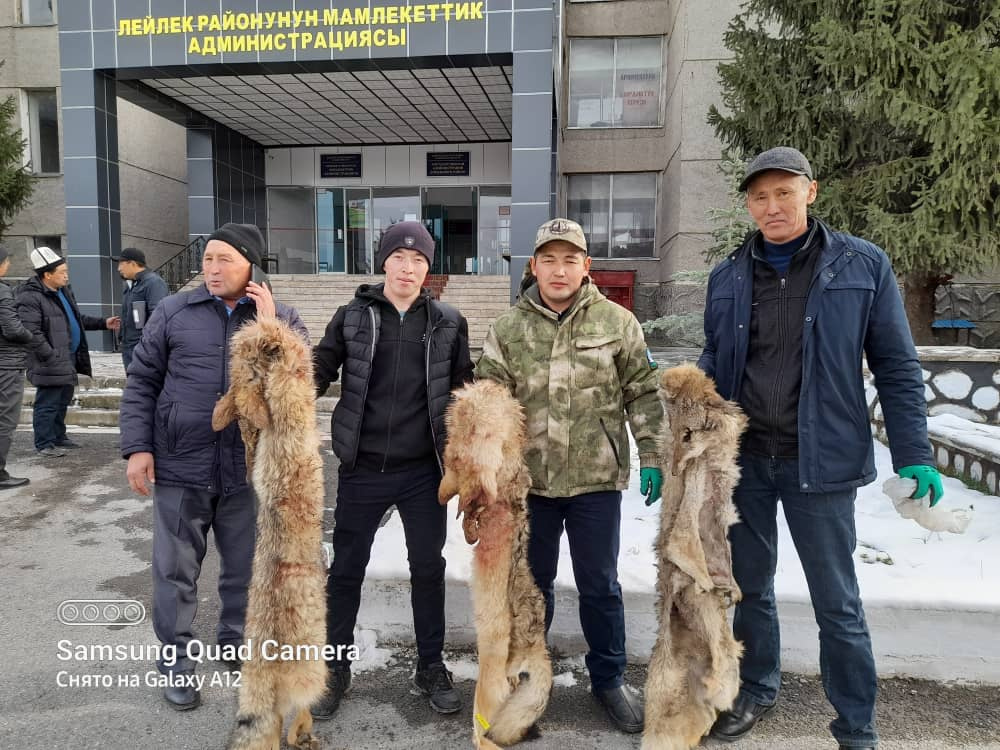 “They cause enormous damage and have a significant negative impact on the growth of the number of wild and farm animals, causing damage to the local population,” the ministry said.

Now, with the introduction of a partial ban on the shooting of wolves in the Republic of Kyrgyzstan, wolves have the opportunity to go to safe mountainous areas. From my own experience, I know how smart and quick-witted animals wolves are. Often in Siberia, the leaders took the flocks to the reserves in order to escape from the hunters. Moreover, this happened right before the hunting season, which the hunters themselves complained about later, saying that “the wolf is cunning, hiding in the reserve.”

In general, I noticed that in the Republic of Kyrgyzstan there has been a confrontation within the authorities for a long time. Part of the government wants ecological development and protection of wild animals! They see problems and are ready to solve them. And the second part in the government, on the contrary, wants to use the experience of other countries, and keep the vector of development on the colonization of wildlife. As is happening now, for example, in Russia, when a third of all public forest land was simply taken and donated to private individuals for organizing hunting.

I will give you a case from the republic so that you understand what I am talking about. In 2016, deputies in Kyrgyzstan proposed a complete ban on hunting until 2030. That is, to introduce a moratorium on the extermination of animals for almost 15 years! Amazing right? Alas, the bill did not pass.

A group of parliamentarians proposed at the legislative level until 2030 to ban hunting. According to them, over the past 20 years, the number of wild animals has significantly decreased! They also mentioned that the World Snow Leopard Conservation Forum was held in Bishkek in 2015. Then it was recognized that the largest population of snow leopards lives on the territory of Kyrgyzstan compared to all post-Soviet states.

“Over the past 20 years, the population of this rare animal in Kyrgyzstan has halved. As a result of the World Forum, the Global Program for the Conservation of Snow Leopard Ecosystems for 2014-2020 was adopted, the amount of funding will be $190 million. Ecologists believe that the solution to the problem is not a one-sided, but an integrated approach. The snow leopard is at the very top of the food pyramid. The presence and development of its population is an indicator of the stability and normal existence of the entire biological system,” said the deputies.

In addition, they noted that the number of other animals is on the verge. Suppose the number of argali and teke generally decreased catastrophically! And they are the main source of food for the unique snow leopard.

“By shooting the best and largest individuals, the so-called “trophy”, hunters inevitably reduce the genetic diversity of the population, cause irreparable damage to the gene pool of species, especially by exterminating males at the most productive age,” the bill said.

But, apparently, the “great miracle” did not happen. The bill has been crushed! But now, a few years later, we see that a ban is being introduced on hunting certain species of animals, including wolves, already from 2023 to 2026. As far as I understand, the same deputies, those supporters of the ecological development of the republic who want to see a strong ecological state!

In the spring of 2023, we will visit Kyrgyzstan to tell a huge number of people about the ecology of the republic! Perhaps in the near future the whole world will learn about a single territory of complete ecological tranquility, an amazing wild land – the Republic of Kyrgyzstan. And the entire vector of development of the state will be directed to the ecological future.