What should a real ancient forest look like? Biodiversity and complexity 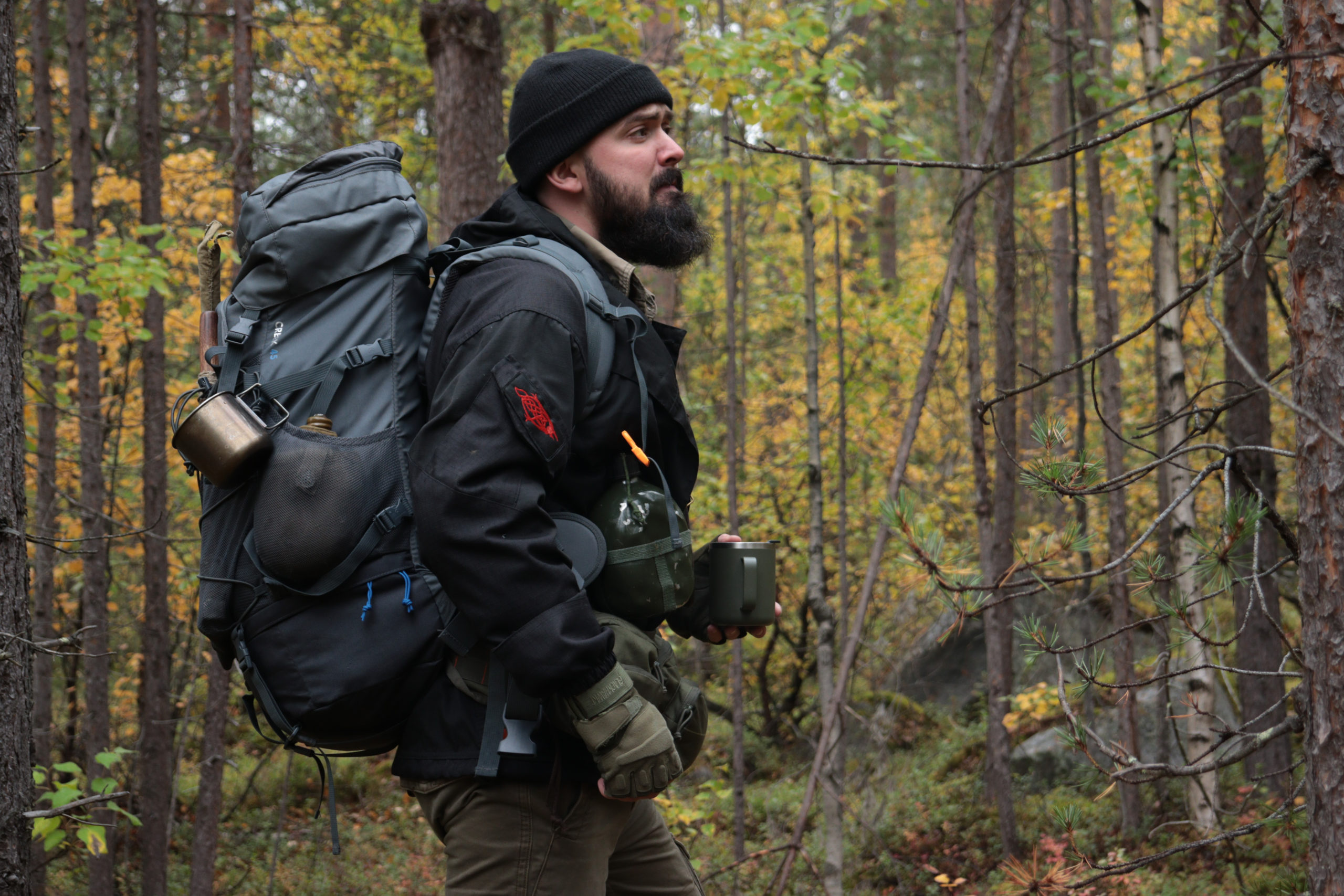 We continue the fight against the destruction of ancient forests. Few people understand what real forests should be like. Today in the material I want to tell you about the biological diversity of the ancient taiga and why it is extremely important to preserve it. I understand that the vast majority will not even read. Difficult! It is very difficult to study, research and understand problems. And yet, a huge number of people today unite in defense of wildlife, every day there are more of us. Be sure to read to the end and share with your friends! May there be more of us.

– genetic diversity (variety of genes and their variants – alleles);

– ecosystem diversity, that is, the diversity of the ecosystems themselves”.

The main scientific concepts of biodiversity were formulated only by the middle of the 20th century. This is due to the development of quantitative methods in biology – before, they simply could not quantify somehow!

The problem is that the concept of “biodiversity” is not really in any documents of bureaucrats-officials!

Moreover, there is no understanding at the level of executors of laws!

Therefore, I dwell on the very definition of biodiversity as a concept at the very beginning and in great detail!

In practice, the situation is such that between planted trees at the site of clearings and natural natural forests that have grown for centuries on their own, most often they put an equal sign. And that is a forest, and this is a forest – but what’s wrong ?! Such a position of government officials and government agencies shows a COMPLETE UNDERSTANDING of the issue by them!

Actually, the concept of “biodiversity” is in the laws. And it is in international treaties. The concept of “biodiversity” is only being introduced into the administrative practice of states at the initiative of the scientific community, at the initiative of scientists. Introduced recently. Words-letters in the texts of laws even appeared in some places, but so far there is no sense from this! There is no understanding of the importance of biodiversity. There is no understanding even of the essence of what is this “biodiversity” mysterious for an average official!

And, accordingly, there is no understanding of what we are losing, alas …

The value of biodiversity is today recognized in biology as one of the main indicators of the viability (survivability) of a species or ecosystem as a whole. This is the so-called “Principle of biological diversity”. The bottom line is this: with the uniformity of the characteristics of individuals within the same species (this applies to humans, and to plants, and to microorganisms – to everyone!) Any significant change in external conditions (weather, epidemic, change in feed – yes, whatever!) this species will die. The species with the most different genotype variants will survive. The same fully applies to the richness of species in the Biosphere as a whole or in any isolated ecological system separately.

Biodiversity is a STRATEGIC ADVANTAGE of any species, any ecosystem! With the loss of biodiversity, the ability of ANY SYSTEM to adapt to changes in the environment is also lost!

A number of examples have already accumulated of the horrific consequences of attempts to “appoint” some biological species, families, and even ecosystems in the administrative order as unambiguously beneficial or unambiguously harmful.

The draining of swamps not only led to a decrease in the number of malarial mosquitoes, but also to more violent spring floods when nearby fields dried up in summer.

Shooting wolves (“evil pests”) – to an immoderate increase in the number of species regulated by wolves and the almost complete extermination of food by them. With subsequent wholesale death of these species, respectively.

Or an example of the war of the leadership of China with sparrows, followed by the death of the crop from the invasion of insects. And hunger with millions of victims is already among the people in China.

Or the constant examples of human intervention in Australia’s fragile ecosystems. When they “genocide” either rabbits, or cats, or someone else.

There are many such examples!

That’s just from the adoption of international declarations or even pacts to the actual implementation of such documents – the path is not close!

The great difficulty lies in the fact that it is quite difficult to determine the need to preserve and maintain biodiversity in any objective way. It depends on the point of view of the one who assesses this need. And officials evaluate the Russian Taiga in cubic meters of commercial wood, alas, until now …

Ancient Forests, natural ecosystems that humans have not yet managed to climb into, are systems with the highest degree of biological diversity.

It so happened historically that the largest areas of virgin boreal forests have been preserved on the territory of Russia. And not only in principle not cut, but also those where cuttings were made long ago and partial. These sections of the Russian Taiga have also managed to recover and need protection.

I will give an example of interesting scientific research that I came across during the preparation of the last expedition to the north of the European part of our country.

Finnish, Swedish and Russian researchers have published the results of a study on the environmental impact of industrial forestry in Fennoscandia in the journal Ecological Processes. Aggregated data show that the number of dead trees in commercial forests is insufficient to conserve biodiversity. We need a windbreak, we need deadwood, to simplify, so that the forest remains truly alive! To improve the situation, the researchers propose to save significantly more dead and old trees during clearing. Increase the number of trees that are left even during clear felling. And not even extinguish all fires, or even carry out controlled burning of forest areas in some cases!

Do you know what they offer?!

It even sounds somewhat unexpected, but scientists suggest that Finland adopt the experience of forestry in Russia! And it is said that forestry in Sweden is already doing this: leaving more wood in the forests after felling, as in Russia in the past, to ensure enough rotting wood in the future. The authors of the study propose both short-term and long-term measures to stop the loss of biodiversity in forests.

“All dead trees, with the exception of bark beetle-infested European spruce, should be preserved when felled. They should be left in the forest more, for example by creating an artificial windbreak, as Sweden did. Artificially created windfall benefit endangered species, although their species composition is slightly different from those in naturally dead trees,” says research professor Matti Koivula.

It is interesting, however, how the approach to forestry is changing as we learn more about the complexity of natural ecosystems?!

Another interesting question worth paying attention to is the reason why the researchers suggest that Finland and Sweden adopt the Russian experience.

In Russia, clear cutting began in the 1910s. Compared to the Finnish practice of clear-cutting, the Russian method differed in that, on average, 10% to 40% of the growing trees remained uncut. As a rule, in the most humid and hard-to-reach forests.

“In practice, Russia has implemented exactly the measures that scientists are now proposing for the conservation of biodiversity in Finland and Sweden,” says Ekaterina Shorokhova, senior specialist at the Natural Resources Institute of Finland.

These Russian forests currently have an order of magnitude more diverse structure than the Finnish forests. Contain more rotting wood. More diverse in breeds. But they have been subjected to less experimental research than anywhere else in the Fennoscandian region. As usual, we ourselves do not know what riches we have! And “incomplete” clear-cutting continued in Russia until the 1960s. And the plots cut then will now provide a good opportunity to study the long-term effects of conservation cuttings. That is, in addition to the actual virgin areas of the Russian Taiga, there are also areas that have managed to restore their natural properties! Only these boreal forest ecosystems have not been studied by scientists. And, accordingly, their unique properties and the degree of their biodiversity are not taken into account by officials in any way!

“The last of these forests are getting old enough to be reforested and the big question in Russia is how they should be managed in the future. If they followed the Fennoscandian model, the results could be seen in the current state of biodiversity decline in the forests of Finland and Sweden,” says Ekaterina Shorokhova.

Here are some interesting findings.

And, so it turns out that the methods of forest management developed by forest engineers back in the Russian Empire were more modern than they are now?!